The future of mutagenesis testing is here.

SEATTLE – August 3, 2021 — TwinStrand Biosciences, Inc. announced today that it filed a patent infringement lawsuit against Guardant Health, Inc. (Nasdaq: GH). TwinStrand and its exclusive licensor, the University of Washington, filed the lawsuit in the United States District Court in Delaware. A copy of the complaint is available in the News section of TwinStrand’s website.

The complaint alleges that Guardant Health infringes multiple patents covering TwinStrand’s proprietary Duplex Sequencing methods for generating highly accurate DNA sequence data. The methods described and claimed in TwinStrand’s patents enable clinically-actionable sequence data to be generated by analyzing fragments of DNA in blood samples or other tissues. The technology was invented by TwinStrand’s CEO, Jesse Salk, M.D., Ph.D., and his colleagues at the University of Washington, and is exclusively licensed to TwinStrand.

TwinStrand is seeking remedies including a permanent injunction against Guardant Health’s use and sale of Guardant’s infringing products and services, as well as compensatory and enhanced damages for past infringement.

“TwinStrand has a powerful and growing portfolio of issued patents in the United States and worldwide designed to protect its groundbreaking Duplex Sequencing process which allows highly accurate DNA sequencing. We intend to pursue this litigation vigorously and to protect our intellectual property rights in the United States and globally,” said TwinStrand’s General Counsel, Karen Dabbs.

In 2020, TwinStrand launched its first commercial DuplexSeq™ kit, which uses TwinStrand’s patented DNA Duplex Sequencing error correction approach to obtain unparalleled sensitivity and specificity. “TwinStrand is committed to bringing its technology to patients, clinicians, and researchers through its own products, licensing, and other partnerships, but it will not allow the continued infringement of its patents,” said Dabbs. “TwinStrand is also considering its legal options against other parties who directly infringe, or induce others to infringe, its patented technology,” Dabbs added.

TwinStrand Biosciences is leading the way in identifying ultra-low frequency genomic variants that are undetectable by conventional methods. The company’s highly sensitive and specific Duplex Sequencing technology delivers clearer insights to researchers and clinicians in applications ranging from residual cancer detection to genetic toxicology. This data can inform critical decisions in clinical medicine, public health, and other fields of science on a faster timescale, where actions are most impactful. TwinStrand’s scientist-leaders have authored more than two dozen peer-reviewed articles using Duplex Sequencing technology and have developed a portfolio of more than 100 patents and patent applications. The company has partnered with pharmaceutical companies, academic centers, clinical research networks, and federal regulatory agencies to bring high precision genomics to the forefront of their science. For more information visit www.twinstrandbio.com. 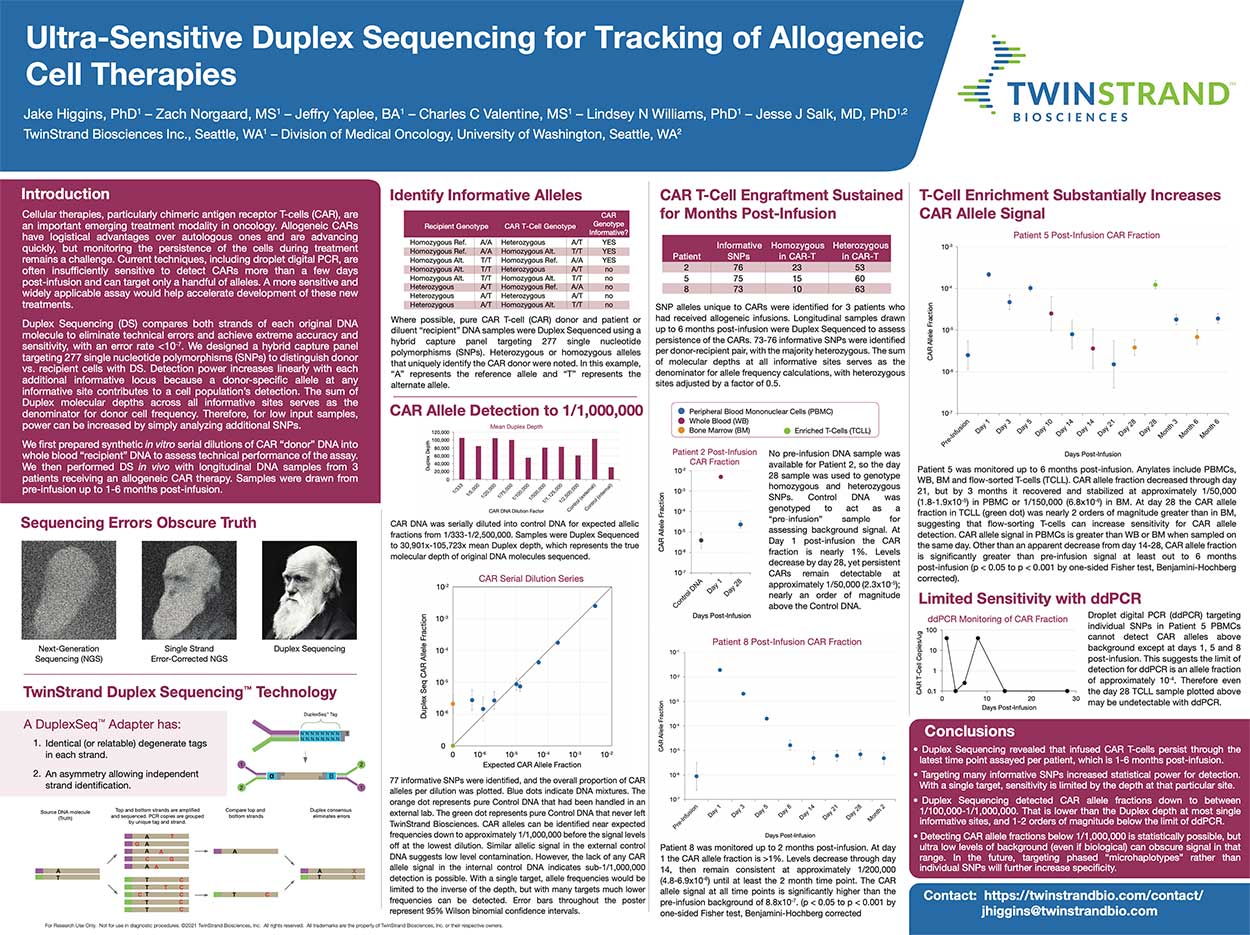 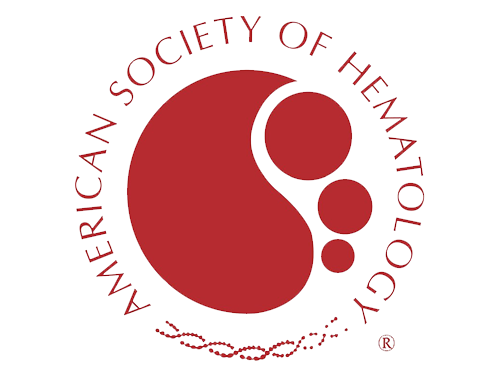 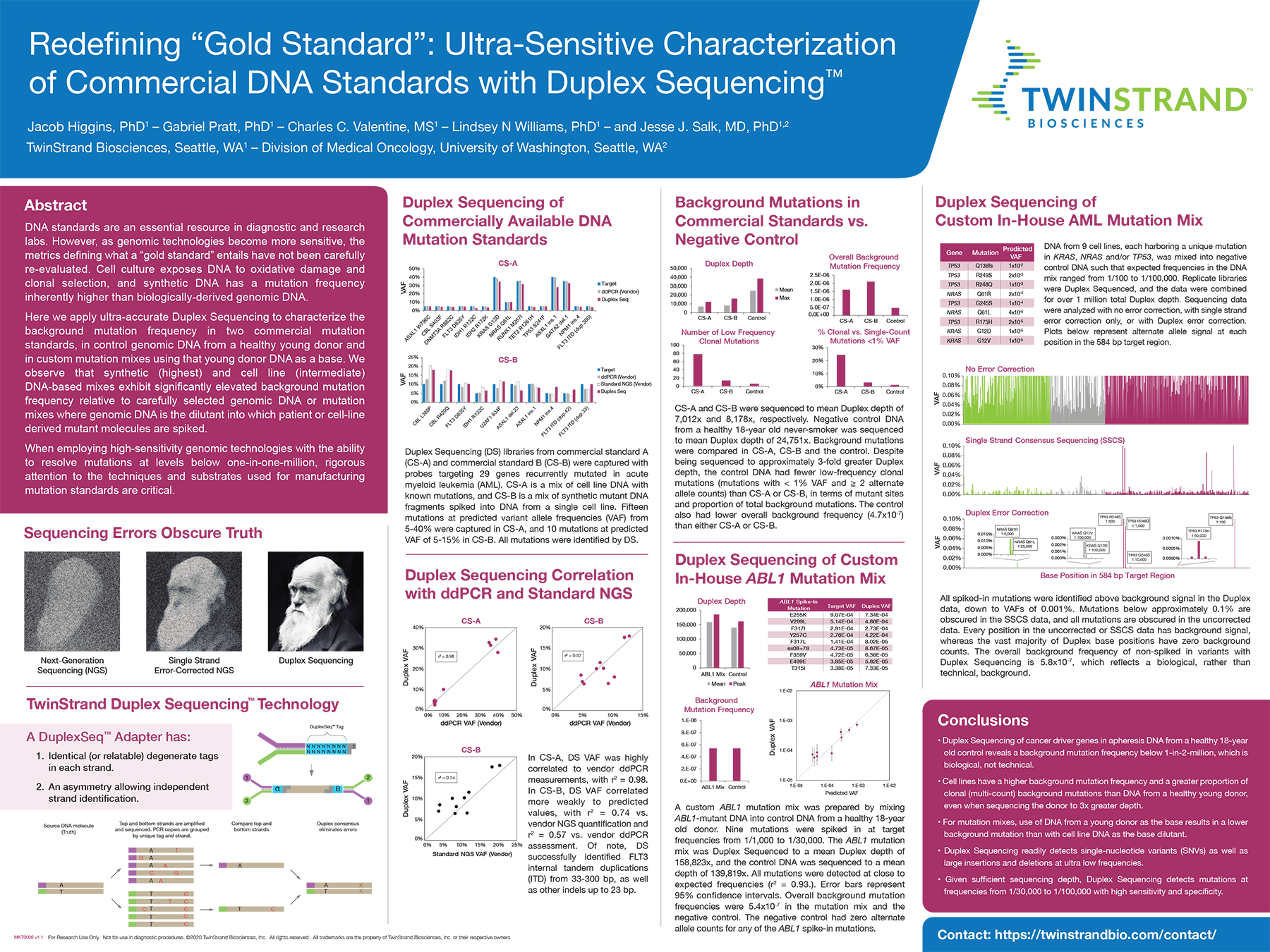 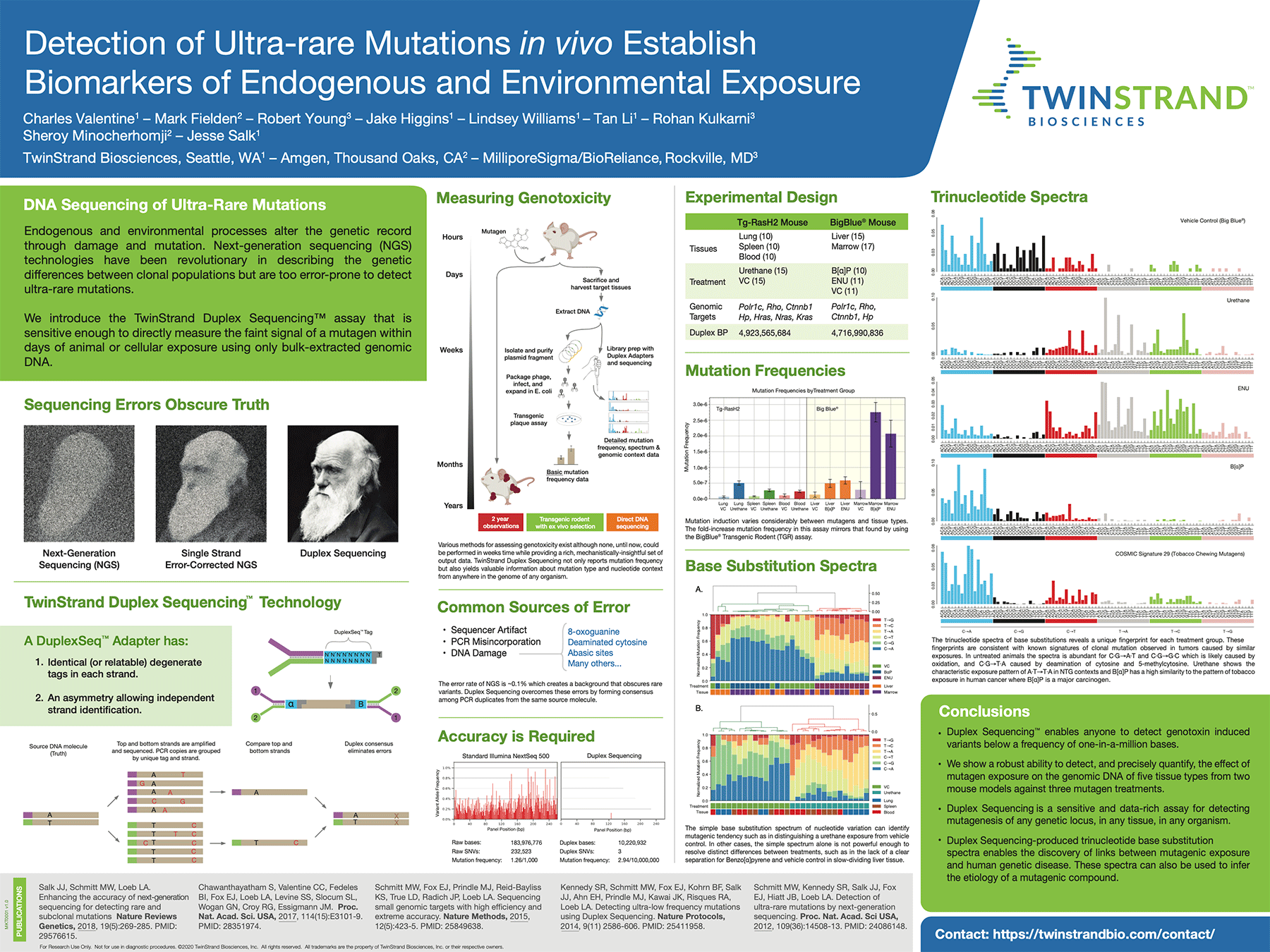 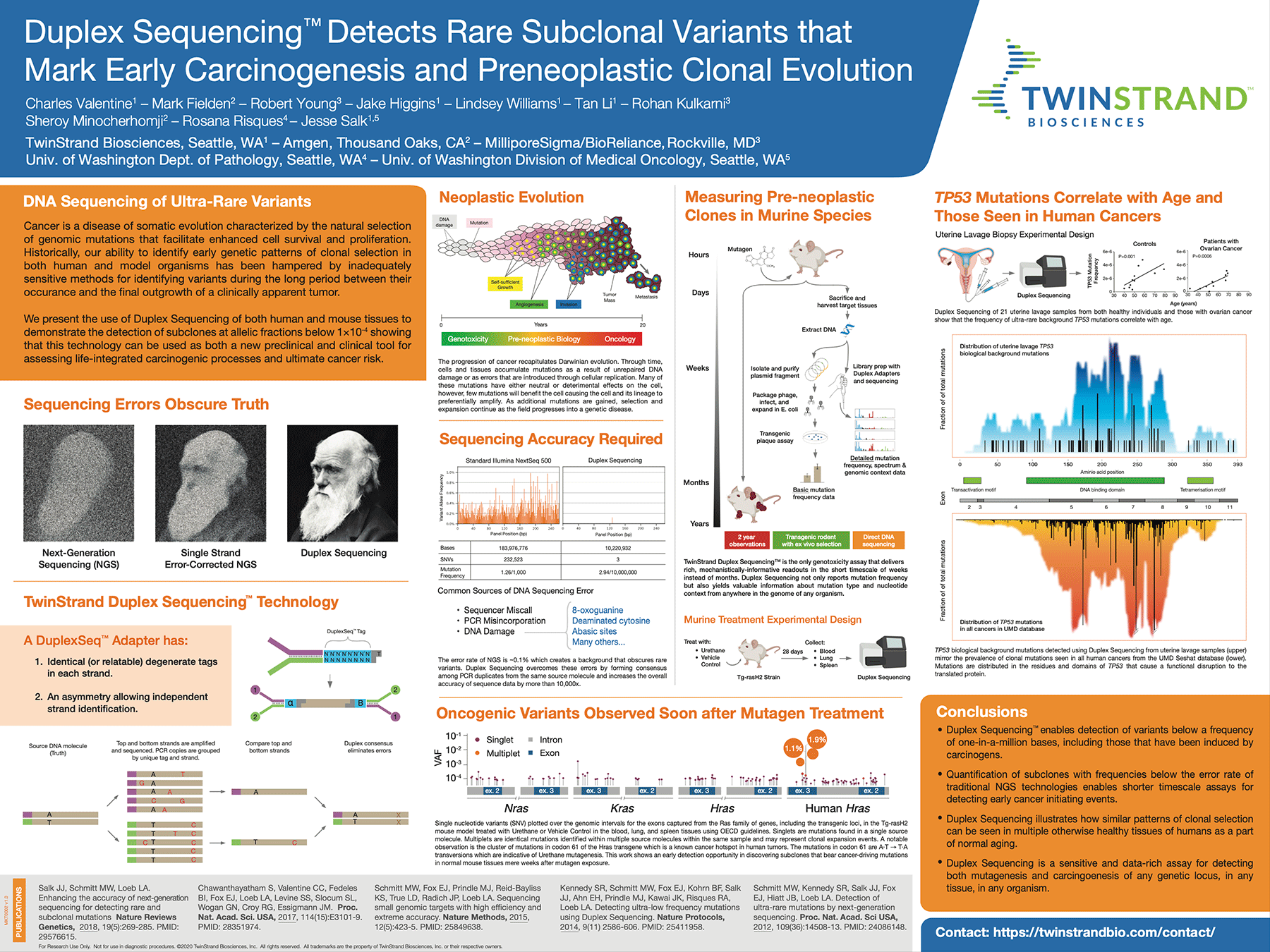 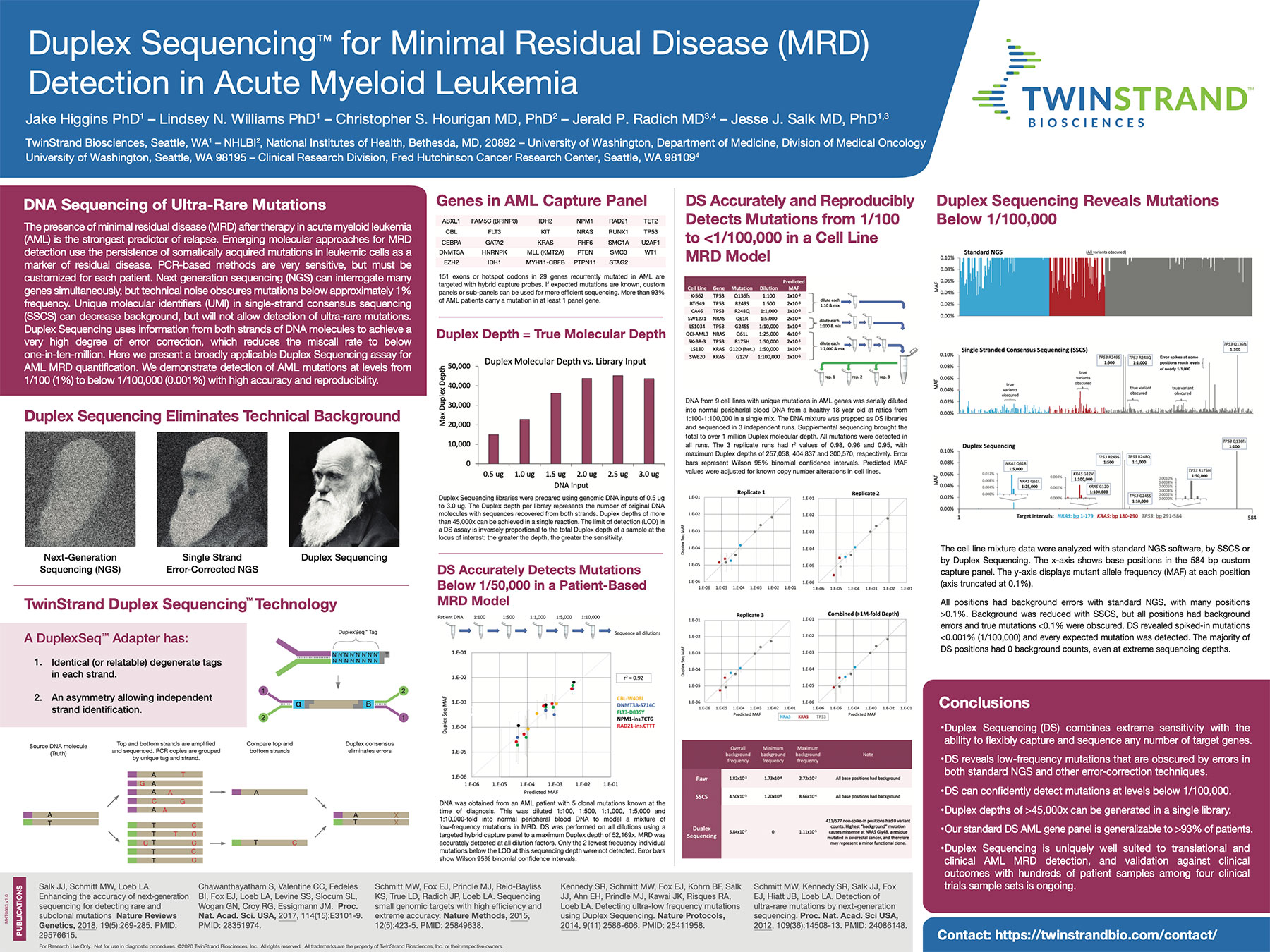 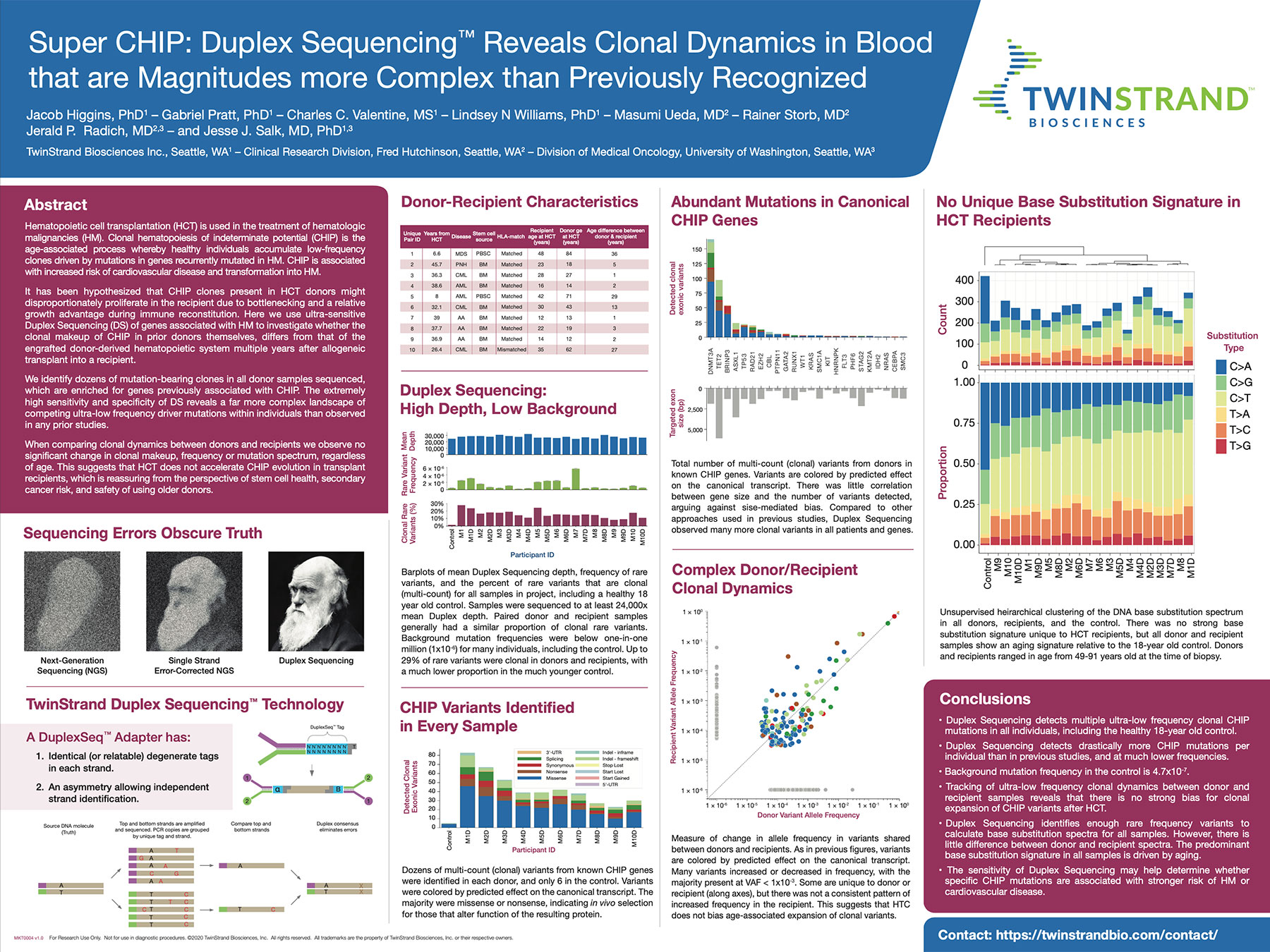 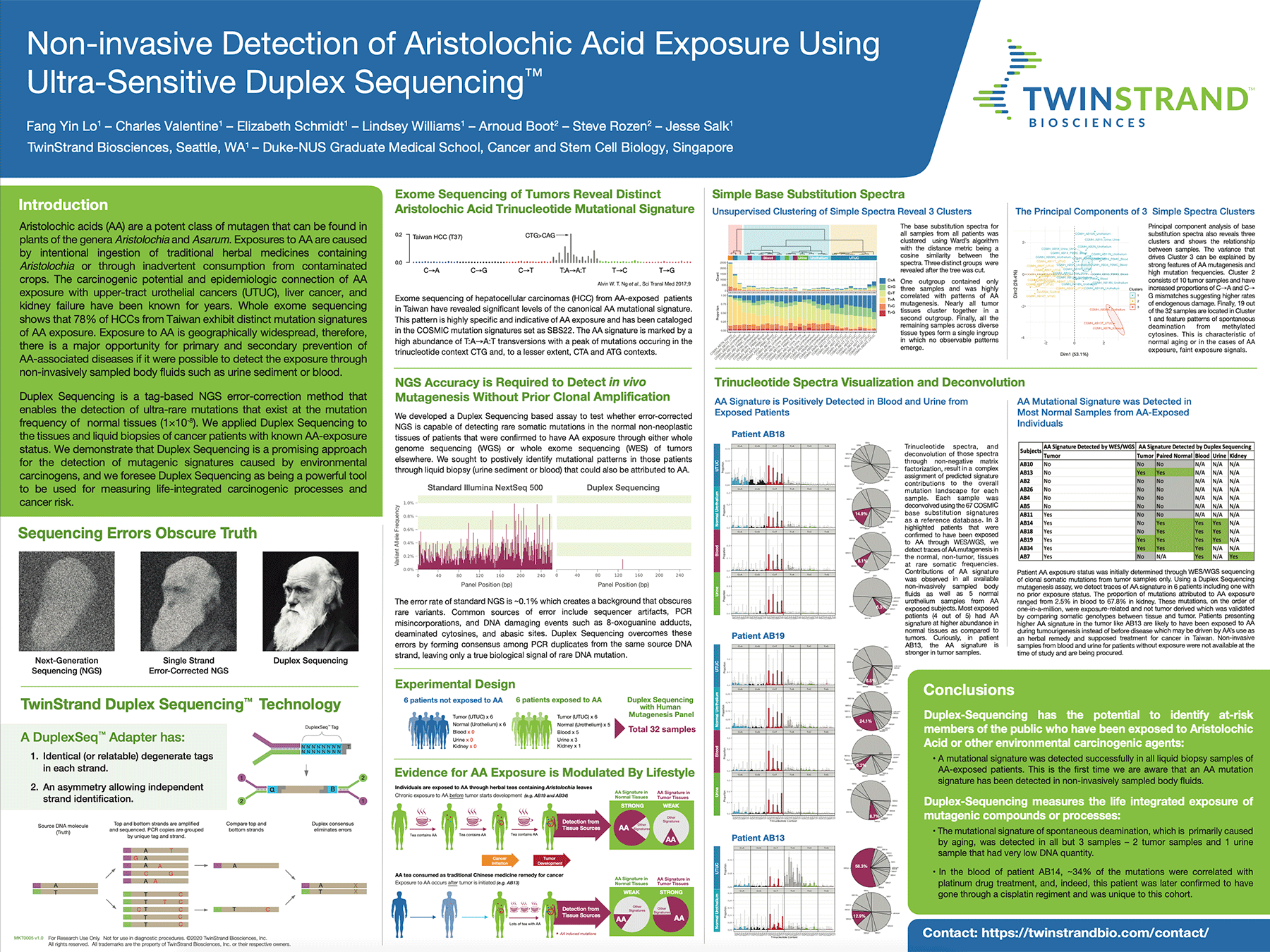 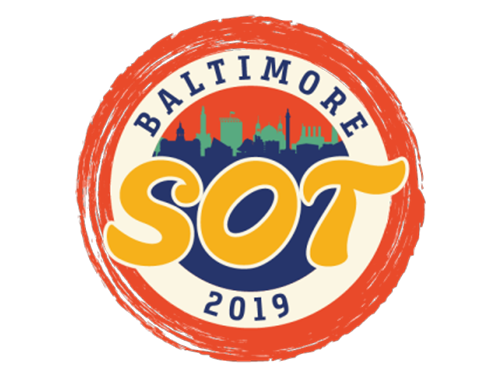 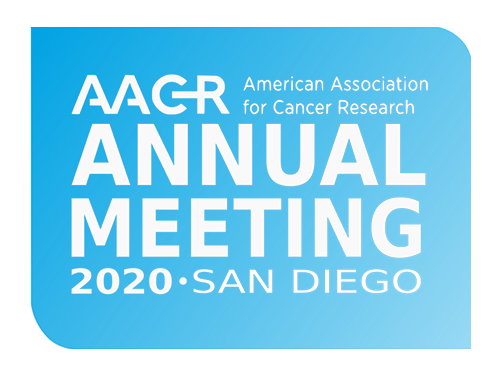